Interest in using aromatherapy with animals has increased since vets and pet owners have discovered the benefits of it, but are essential oils safe to use on cats?

Cats, people love them or hate them. They have minds of their own and have unique ways of letting their owners know their needs. Unlike dogs, cats are not totally dependent on their human companions.

A dog shows his love by the way he looks adoringly at you, by licking your hands or feet or by nudging you with his nose to remind you he is still there waiting for a little attention. A cat shows his love by bringing a gift – often a mouse, a snake or a squirrel – while one tries not freak out. He like to sit on your lap and be stroked or cuddle in bed with you at night but if the mood takes him he could just as easily decide to attack your feet as they move under the covers. 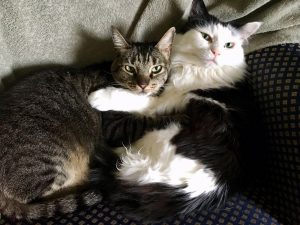 Cats and Humans in History

People and cats have coexisted since 6000 BC. Mohammad is said to have found a cat sleeping on his robe so he cut a hole in the robe rather than disturb the cat. During the time of the Pharaohs cats were treated extremely well due to their ability to keep rat populations down. They were treated as gods and where they were protected by law, punishment for harming a cat was harsh. There were laws forbidding the exportation of cats and armies were sent out to recapture cats from foreign lands.

In modern times, cats are reasonably well treated if they have a home and a family. There are large numbers of wild and feral cats in the world but because of their independent nature, they survive quite well.

Cats, like all animals, are prone to illness and disease. When vet bills become overwhelming some people are drawn to using home remedies. People who use essential oils in their own lives are tempted to share their positive experiences with their pets but it is important to know that cats are wired very differently from other animals and, as such, are not good candidates for alternative healing therapies such as aromatherapy. Cats’ livers are not the same as human livers – they lack the ability to properly metabolize the various compounds in essential oil, allowing them to build up to toxic levels over time and causing liver damage or even death. Never use essential oils on your cat(s)!! 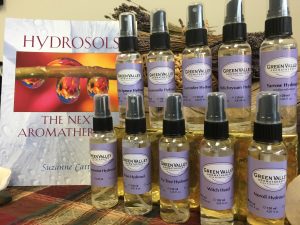 Hydrosols, also known as hydrolats or steam distillates, are 100% non-alcoholic waters that are drawn straight from the aromatherapy still. There is still debate as to their safety for cats but most sources indicate that hydrosols are safe. Hydrosols can be used on your cat(s) for the following treatments:

How to Use Hydrosols with Cats

Hydrosols can be purchased from Green Valley Aromatherapy. Hydrosols should be stored in the fridge to maintain freshness.

*This is educational information and any opinions expressed here-in do not replace professional medical advice. If you are ill, see a suitably qualified medical practitioner.*